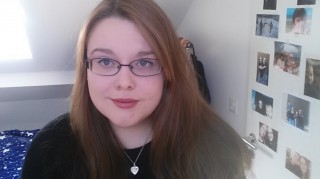 Ever wondered what learning a new language could do for you?

Over the next three weeks we will be publishing a series of posts showcasing the inspiring learning journey of Emma, a recent Brasshouse Languages student.

As well as talking about the amazing opportunities her new language skills have opened up for her, she will also be passing on some of her "tips for language success"!

"After school I didn't really know what I wanted to do. I had some vague career ideas in mind and made faltering attempts at further education, including an Open University degree – but I quickly realised my heart wasn't in it.

I then moved to Birmingham and worked as a receptionist but the work was not challenging enough. I was bored and restless – something had to change!

Almost on a whim, I enrolled on Beginners French with Brasshouse Languages in September 2015. Having always found school stressful, I was very nervous and quite prepared to leave at the first opportunity."

"However, I found that I wasn't alone; other learners in the class looked just as nervous and our teacher was very calm and welcoming. And after a few weeks I realised that, for the first time in a long time, I was really enjoying learning." 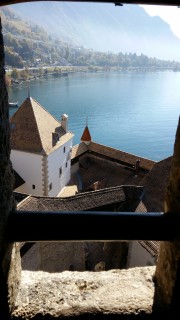 By December 2016, I had made real progress and was doing well on the French Improvers Plus course. In fact I was developing a real passion for the language - so I made the decision to work abroad and put it into practice!

Having always loved being around children, it seemed a perfect opportunity to combine being an au pair with my French studies. Since August 2017, I have worked in Switzerland, having an amazing experience.


I still want to improve and try new things though. My language skills are really coming on so I have taken the first assessment, B1, of the DELF exam, the French government's approved language assessment for non - native speakers. I came back to Brasshouse to take it while I was catching up with my friends and family – it was great to see everyone again.

"So what's next? Well, I'm going to spend one more year as an au pair, in France itself this time, and then I plan to apply to university to study Modern Foreign Languages. And I'm not stopping there - I'm in this for life now, and am thinking about further degrees, a masters, maybe a career in languages - it's all really exciting! "

Next time...Emma reflects on her stunning progress, with some great advice for anyone thinking about learning a language or living abroad.

No comments made yet. Be the first to submit a comment